When we moved home in 1998, I was struggling a little bit as I got out of the Marine Corps and had no idea what I wanted to do. I was frustrated and angry and it spilled over into our marriage. We started seeing a fantastic marriage counselor, and for the first time in my life, I saw someone for therapy. After a few sessions, I was diagnosed as having Obsessive Compulsive Disorder (OCD.) When the doctor said it, I didn’t even know what it was. Of course the doctor gave me a ton of resources and I read everything I could get my hands on.

Suddenly, so many things made sense. There was a name to some of the weird stuff that I did and that at times controlled my life.

As I have said before, I don’t have that “tee hee hee I have to have my shoes in a certain way” kind of OCD, not the “my labels in the cabinets have to be facing the same direction” kind. Though OCD can indeed be that mild, I’m not that lucky!

That is the one that traditionally has kept me up at night. Back before my gallbladder was removed a couple of years ago, I had the most unbelievable acid reflux. Everything gave me heart burn. You know what severe heart burn feels like? A heart attack. I have had 5 surgeries on my right shoulder and 1 on my left. Massive rebuild jobs and not a day goes by in my life that I don’t have shoulder pain and that pain radiates down my arm (or my arms  go numb.)  Chest pain and pain in your arm? Heart attack!  Cue panic attack. Because you know what will REALLY make you think you are having a heart attack? A panic attack to hang out with the “chest” pains and radiating pain in your arm.  Helpful.

Shit. I am having a heart attack. No you are not. It’s ok. Take an antacid. Take dozens of them. Take an asprin, hell take a hand full. Check your pulse, you heart is racing. Damn it I AM having a heart attack. Over and over and over again. Night after night. From the night before my 45th birthday until my 46th birthday, I was convinced, CONVINCED, I was going to die. I had approximately 28,00 mental heart attacks. I became convinced I was going to have a heart attack and die because I laid here thinking it was another panic attack. So I would panic about that, too and I would get that double panic attack.  Great!  I didn’t want to sleep anyway.

As for the fire, I have absolutely, positively no clue where that one comes from. My family has never been in a fire, never had a house catch on fire that we lived in nothing. But I am constantly worried that my house will catch on fire. I check, double check, recheck and then question if I have checked to make sure things are turned off. I unplug things if they are not on so they don’t catch on fire. I have driven the road in front of my house more times than I can count. 12 to 15 times in a day wasn’t entirely unusual for me to turn stuff off and lock doors. One year when we leaving for a weekend, I turned off the main breaker in the house. The oven? If I cook something I will check to make sure I turned the over off, a hundred times recheck. A space heater will drive me completely up the wall just being in the house. And Christmas… I think the reason I am not a big Christmas person now is because of live Christmas trees.

For the first 15 or so years of our marriage, Melissa had to have, and I mean HAD TO HAVE, a live tree. From the minute we put the lights on it I was in a panic until we got the tree out of the house. Drying out day after day, strings of cheap ass electrical cords wrapped all around it heating up light bulbs.  What could possibly go wrong?

Finally I couldn’t take it any more so when I did the annual burn the old tree ritual, I asked Melissa out to show her why I was so scared of the tree catching fire. . I showed her, just 3 days after Christmas the tree catch fire and all but explode it burned so fast in the burn pile.  We bought an artificial tree the next day on clearance.

OCD is anxiety based and I also have social anxieties that I fight every day and I hide as much as I can. Yes, I have done public speaking, have spoken to groups all over the place, have done more large group presentations than I can count, but a one on one meeting can leave me curled up in a ball. Restaurants are painful to me. Too much going on. Get me in a large crowd and if I feel trapped, I will freak the hell out.

Odd choice for a guy with social anxiety to work in sales.

It comes and goes. Some days I don’t have a problem at all. Others, I will be rocking along and then pull into the next business I am going to see and suddenly can’t breathe. I’ve had so many strange looks in parking lots that I have learned to put my phone to my ear so it looks like I have pulled over to take a call. It is exhausting. That is the main reason that I structure my schedule the way I do. I have do be comfortable in what I am doing. I have to have some kind of idea of the flow of the day. I rehearse a lot before an appointment. I can and do make a lot of cold calls and as long as I know and can mentally prepared for that kind of day. An impromptu drop in during my day because I notice a new place as I travel, I just can’t all of a sudden have a full day of cold calls without preparation.  It gets very frustrating and is exhausting.

There are other obsessions, other compulsions. Things like washing my hands to the point they are raw. I bit my nails down to the quick and will continue to try and bite them. I have run my tongue over the back of my teeth to the point of sores on the end of my tongue.

The OCD meds have made those physical symptoms much less severe, it also takes training and continual monitoring, and you learn to cope. The panic attacks can go away for weeks at a time and can come back suddenly with or without a trigger. Meditation is the newest skill I have really started concentrating on and it is helping me tremendously.

So if you ever see me at a function and I have backed myself into a corner or am off by myself with “that asshole look” on my face, I’m just freaking out.  Don’t mind me at all!

As always, if you see something here that looks familiar to you, or if you have any thoughts that you want to harm yourselves or others, PLEASE reach out to a professional. Admitting that I was at that point was the hardest thing that maybe I have ever done, but you are absolutely worth fighting for.

Remember to love yourself first and always. 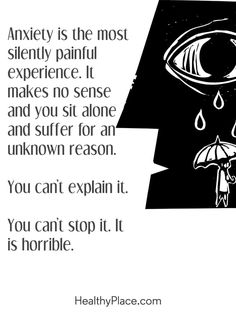 View all posts by coachjablack